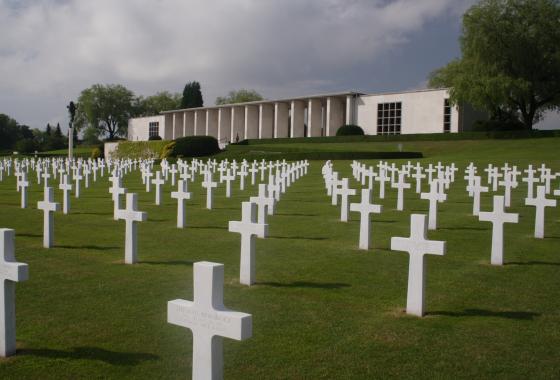 After WW I, the Versailles Treaty assigned a part of Germany, namely the region where our B&B is located, to Belgium by way of an indemnification. That’s why a part of Belgium speaks German!

During WW II, Nazi Germany invaded Belgium and announced the annexation of East Belgium, the so-called East Cantons, home to our LEVEL600 B&B.

In this already swept up region, the so called Battle of the Bulge (the Ardennes Counteroffensive) was the last major German offensive campaign on the Western Front. It took place  from16 December 1944 to 25 January 1945. The offensive was intended to stop Allied use of the Belgian port of Antwerp and to split the Allied lines, allowing the Germans to encircle and destroy four Allied armies and force the Western Allies to negotiate a peace treaty in the Axis powers’ favor.

Unfortunately, the Battle of the Bulge would become one of the largest and bloodiest single battle fought in history.

The many Memorial sites pay tribute to all victims and their families.